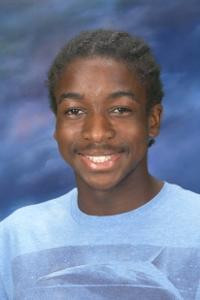 Joe has been a mainstay of the boys track team for four years.  He has been our go to guy in the 100 meters and 200 meters and has been a previous state qualifier in the 4×200 relay (’16).  During the 2017 season Joe has led the team in points scored and is a leader 0n and off the field.  It could be said that Joe is the best “liked” member of our 2017 track team.  He is enthusiastic, supportive, and hardworking.
Jack Luciani – Sophomore…Regional Champ/State Qualifier in the High Jump.  Also the current league champ in the High Jump. 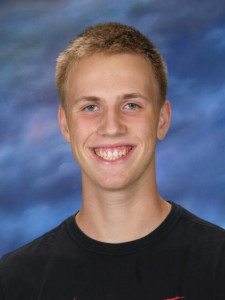 Jack in his second year has emerged as a versatile and vital part of the 2017 track team.  He is our best high jumper but has as much or more value as a point scorer in relays having participated in every relay during his two years on the track team.  Jack is positive, quick to encourage, and is always willing to perform in any event he is asked to for the betterment of the team.  Although he is only a sophomore he has emerged as an individual other athletes look up to.
Jake Lyon – Freshman…State Qualifier  in the Long Jump.
As a freshman Jake won medals in 4 events at the Regional Meet in Mason. 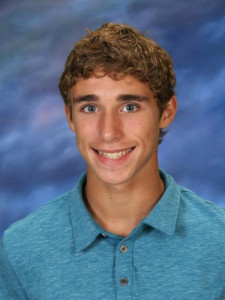 He was a part of the 4×800 relay, ran the 400 meters, the 4×400 meter relay as well as hitting a qualifying distance of 20’8 1/4″ in the long jump.  During his first season on the track team Jake quickly became a scoring member of the team routinely placing in all his events both individual and team.  He found a place on a senior dominated 4×400 meter relay time by posting great times in the open 400.  Jake is a very hard worker and promises to be a huge part of the track program during his high school years.
May
10