Sophomore Robbie Burns III led a strong showing for the Redhawk bowlers at the Interstate 8 Conference Singles Tournament. Burns won the event and earned All Conference honors with a total of 1,217. He averaged 208 over the six-game set that included the tournament high game of 276.

Freshman Kameron George also earned a spot All Conference team finishing seventh with a 1,043 series and a high game of 206.

Jonathan Burns, freshman, placed 11th and was named to the All Conference Honorable Mention team with a 1,041 series. Burns high game was 201.

Gillian Lemon, sophomore, led the Lady Redhawks with a 974 series that included a 209 game. Lemon earned the fifth spot on the All Conference teams.

Placing seventh on the All Conference team was junior Olivia Hudson who’s 963 series included her high game of 181.

The I-8 Conference Singles also includes a junior varsity division. Marshall’s Deonta March and Aaron Couch finished fifth and sixth in that event. 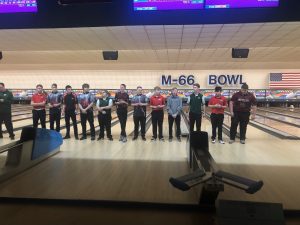 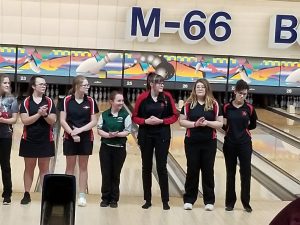 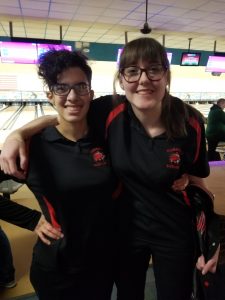