The Marshall Mens Cross Country Team placed 3rd at the I-8 Conference Championship at Turkeyville on Tuesday, October 20.  In doing so, they improved their Conference standing for the season to 3rd.

Leading the Redhawks for the entire season and placing 2nd overall in the Conference was senior Adam Foreman, earning an All Conference medal.  Adam ran a personal best time of 16:28 only two seconds behind the Conference Champion from Harper Creek.  Adam has had an exceptional season.  In all of his races his worst finish was 4th.  He has had five second place medals, been third three times, and won the Quincy Tri-Meet. He is looking forward to qualifying for the State Meet on October 31st at Portage.

Marshall’s next two scorers at the Conference Championship were freshmen Aidan McPartlin and Connor Griffith.  Both runners ran 17:54, placing 17th and 18th respectively.  Each has had a great rookie season and are looking forward to racing at the Pre-Regional Meet on Saturday.

Rounding out the scoring for Marshall were junior Alex Costa who ran a personal best time of 18:09 and senior Boaz Trudell in 18:25.  Marshall’s sixth and seventh runners were juniors Isaac Culp (18:27) and Blain Wilson (18:37).

The Redhawks race again on Saturday at Vicksburg where they hope to advance to the Regional Race. 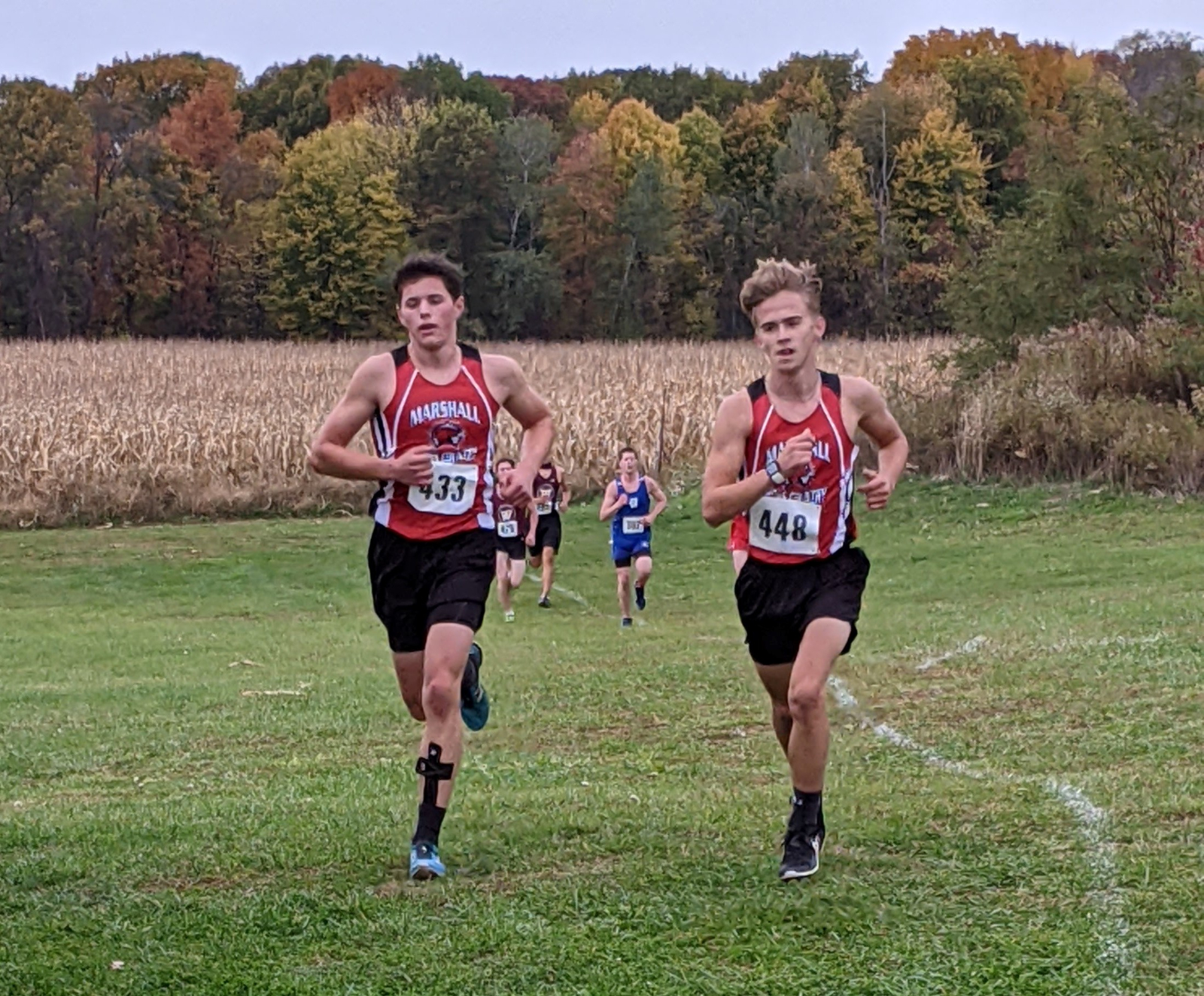 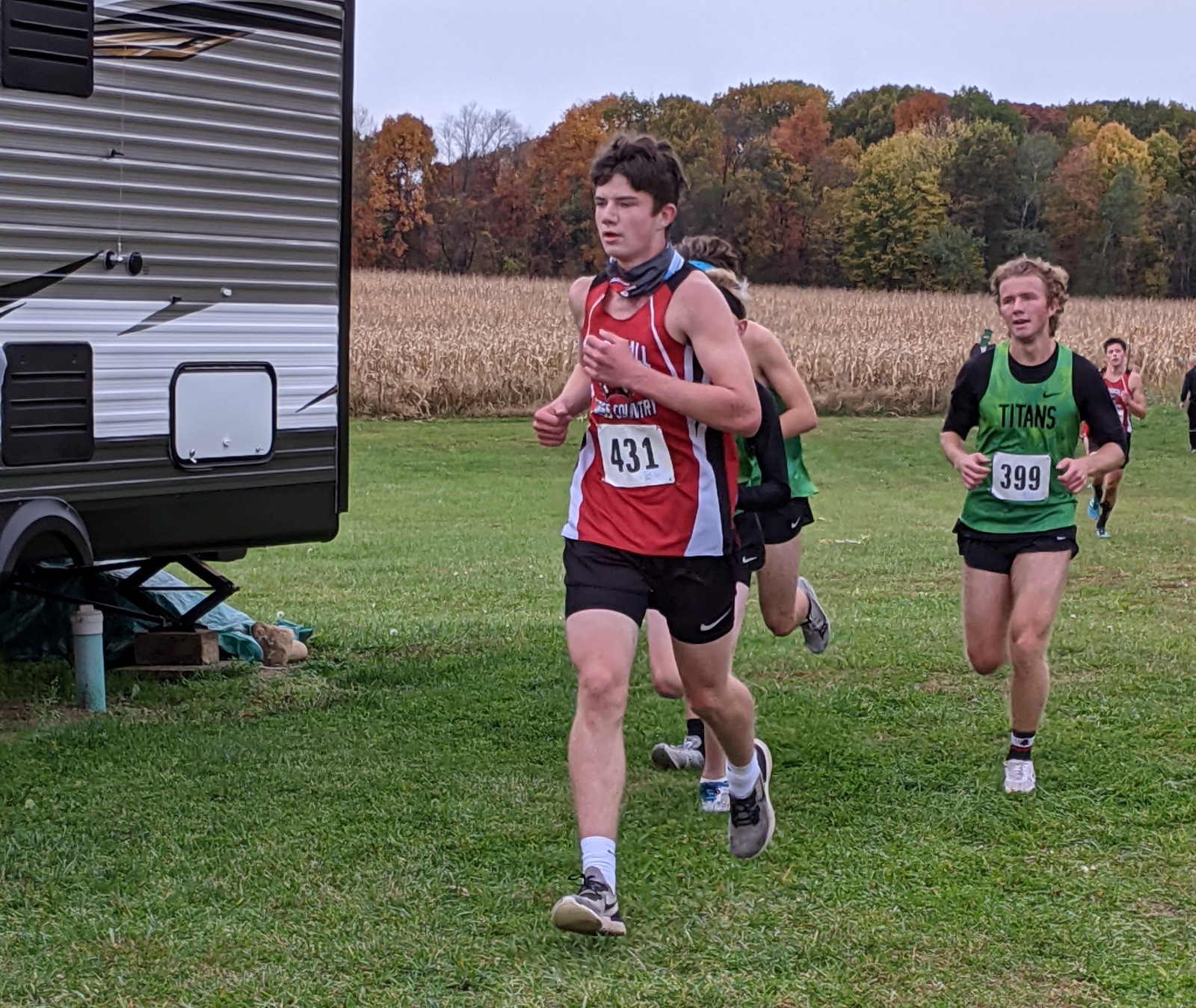