On Saturday, November 7th, Marshall won it’s fourth district championship in a row by defeating the visiting Panthers from Western by scores of 25-17, 25-21 and 25-17. The Ladyhawks started out strong in each set but the Panthers wouldn’t go quietly and put for a valliant effort to try and steal the victory. Marshall would NOT be denied.

On the evening for Marshall, Abby Welke led the offensive effort with 15 kills. She also added a service ace to go along with 11 digs to complete her evening. Following closing behind Welke was Olivia Webber with 12 kills and 2 blocks. Ja’nyece Larry was next up with 7 kills without a single error. Regan Fulmer added 4 kills of her own to go along with 3 service aces. Welke, Webber and Larry all hit over .400 on the night which is an amazing feat in itself. Defensively for Marshall,  Ella McAllister led the way tallying up 14 digs. Welke was close behind with 11 digs. Ashlynn Giannunzio chipped in 5 digs in her defensive effort. Teagan Giannunzio ran the offense putting up 34 assists, 1 ace and throwing in 8 digs of her own.

“It’s so much fun to watch these girls continue to find success. There isn’t a team around that is more deserving. This is the fourth straight district title for this program. I’m so thankful that we’ve had the opportunity to play this fall, for our time together and all the hard work that everyone of these ladies has put in. They’re not done. This is a very determined group of ladies. I’m excited to be part of their continued success. On to the next phase and the next goal. It’s our time!” Coach Bre Johnson

The Ladyhawks travel to Lakewood on Tuesday, November 10th for their regional semi-final match up with the host team of Lakewood. Game time is 5:00 p.m. and the girls would love your support.

Their overall record now stands at 33-8. 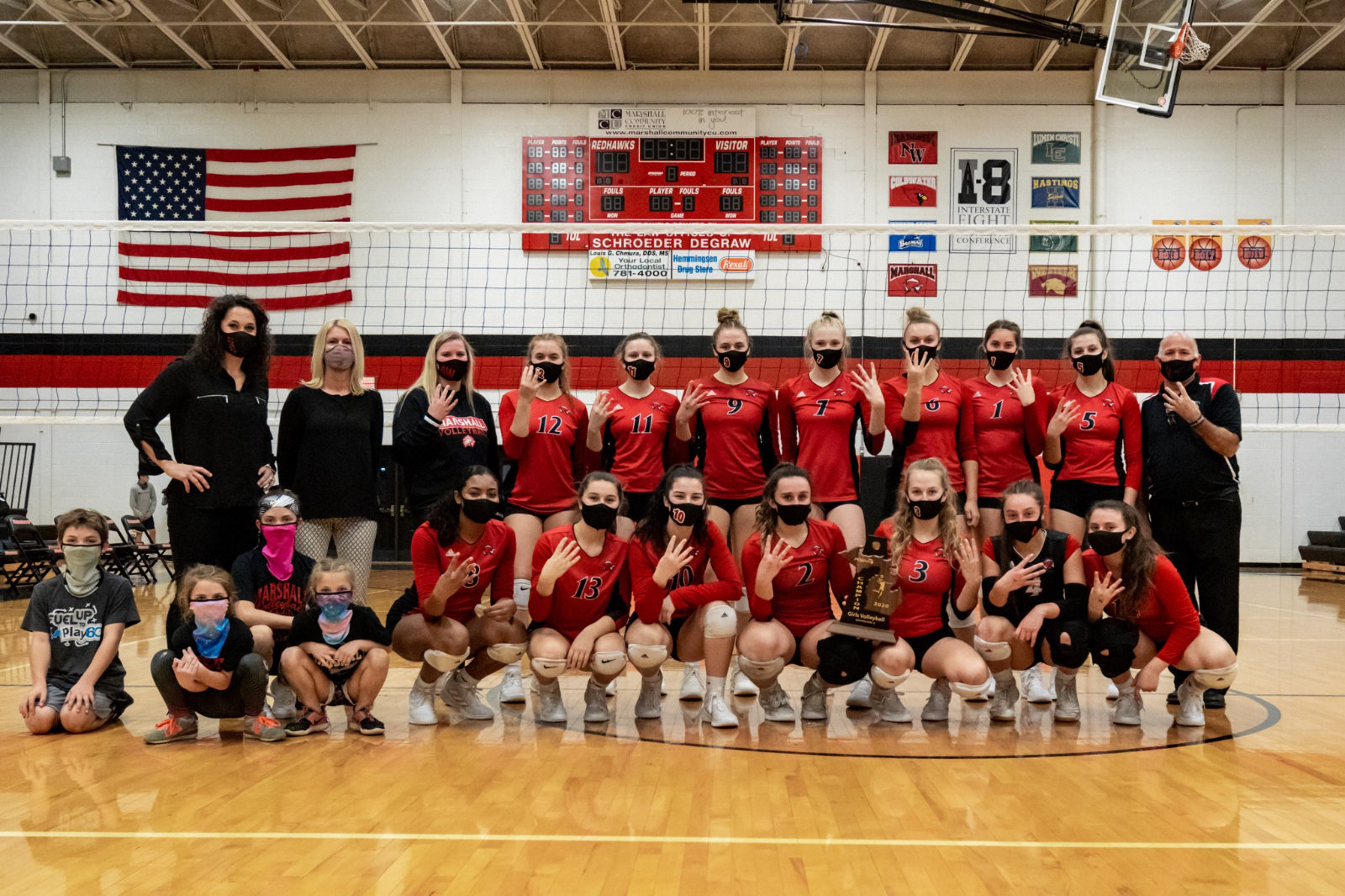