As the season came to an end for the Lady Redhawks Volleyball Team, they were able to celebrate three of their seniors signing to play volleyball next year at the collegiate level.  Courtney Fuller is set to go to Albion College, Olivia Webber will continue playing at Northern Michigan University and Abby Welke will play at Davenport University. 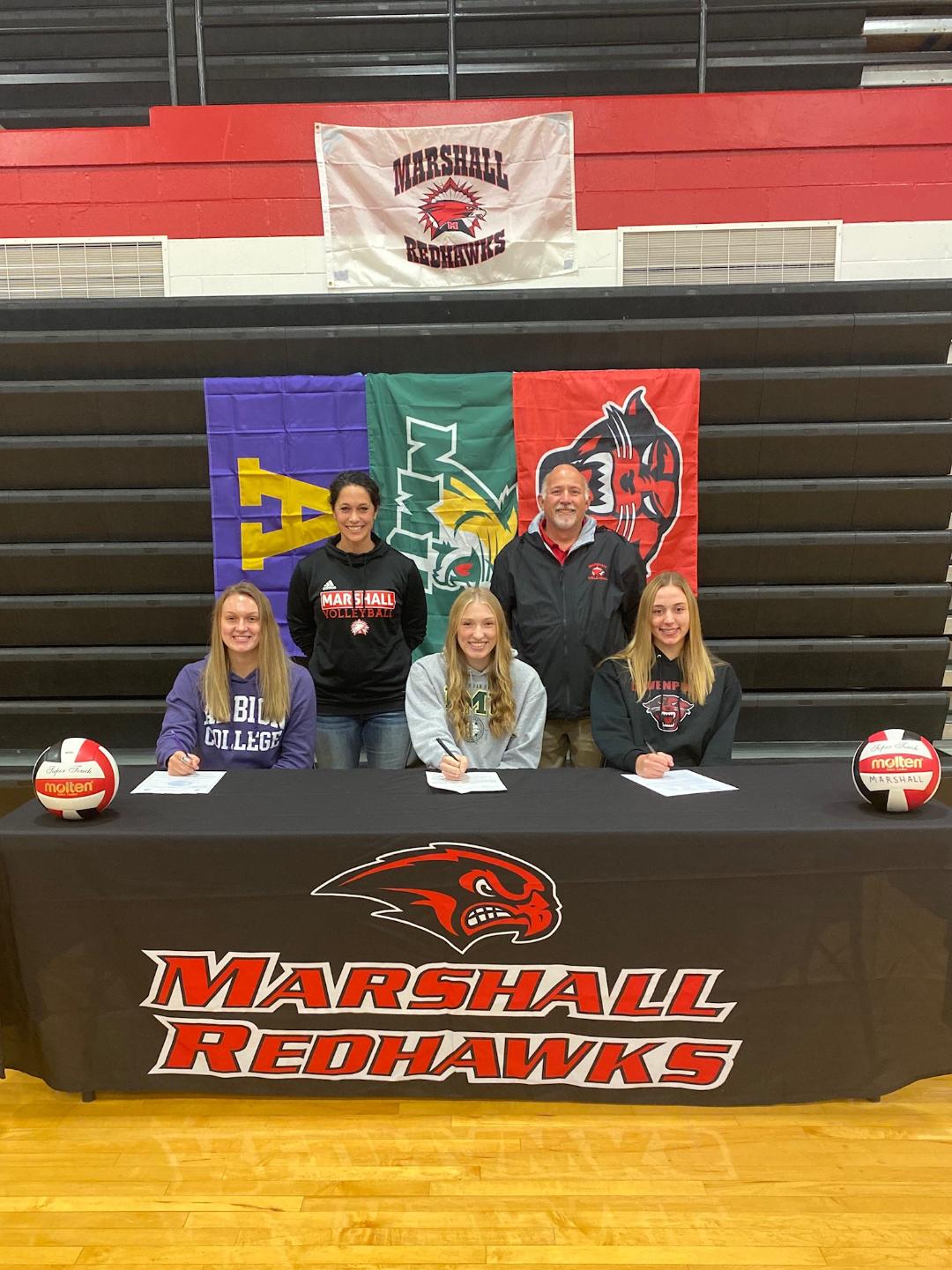 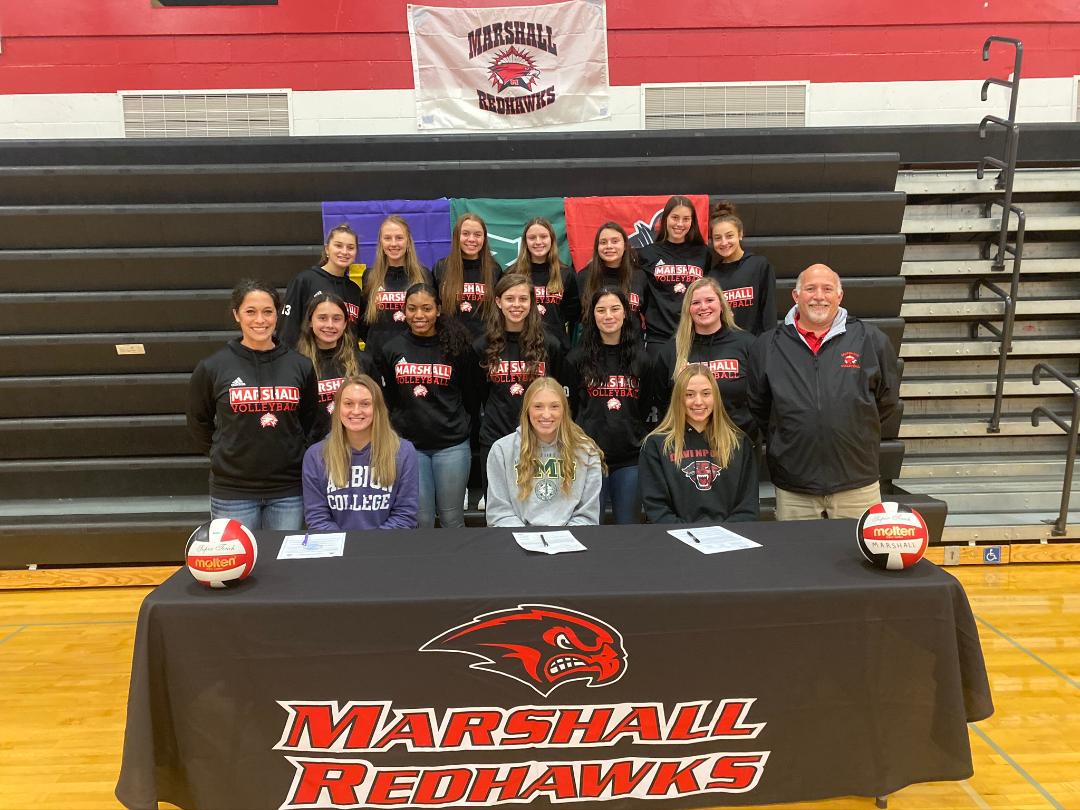 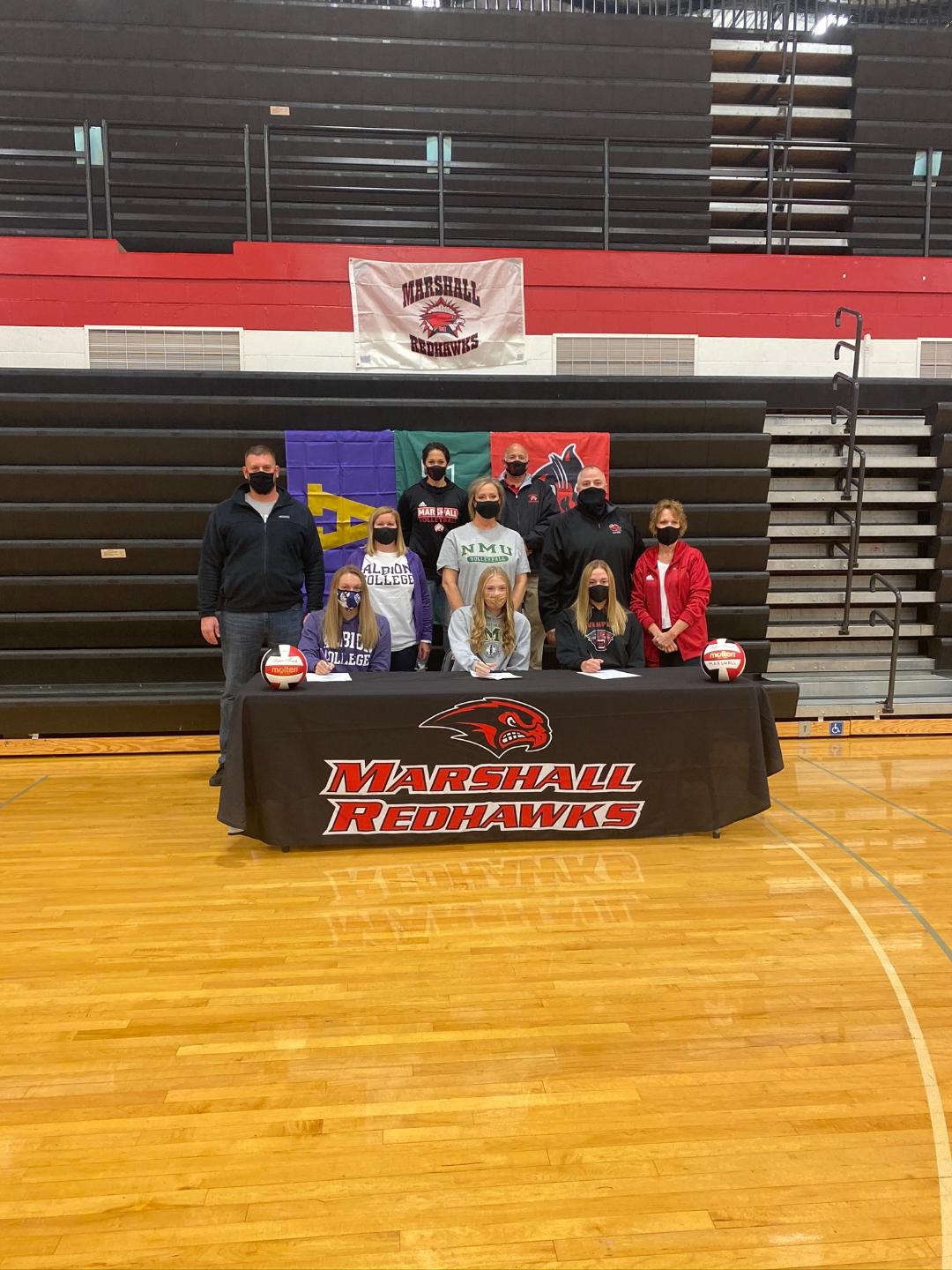