On Friday, April 23 the boys golf team hosted the Sports Festival – Tom Reynolds Invitational at Marshall Country Club. 17 (5) man teams made up the field on a chilly sunny day! Portage Northern took home the 1st place honors with a team total of 321. Marshall’s Black Team put together a team total of 359 to finish 7th. Marshall’s Red Team had a combined total of 428.

Placing in the Top Ten was Marshall’s Harrison Chapman (Junior) who walked in with medalist honors firing an impressive -3 Round of (69). Collin McLane (Junior) placed tied for 3rd with a nice round of +3 (75)! 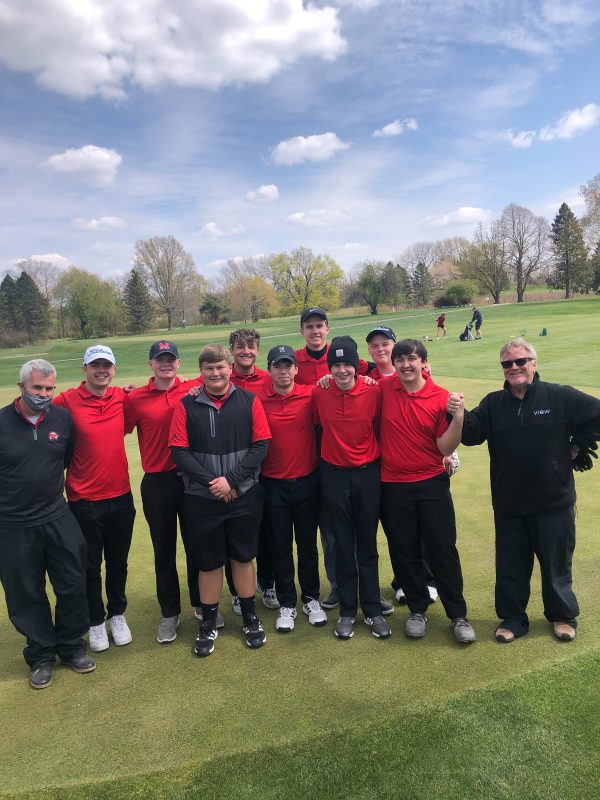 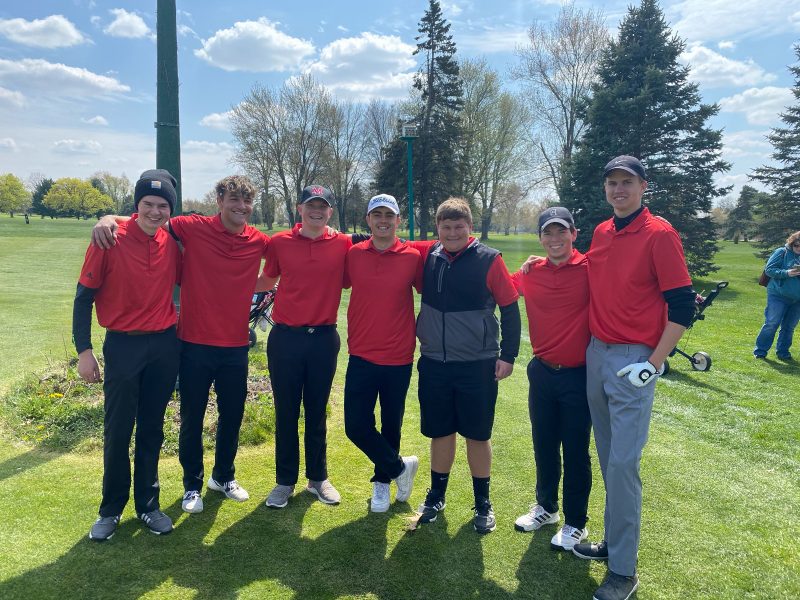 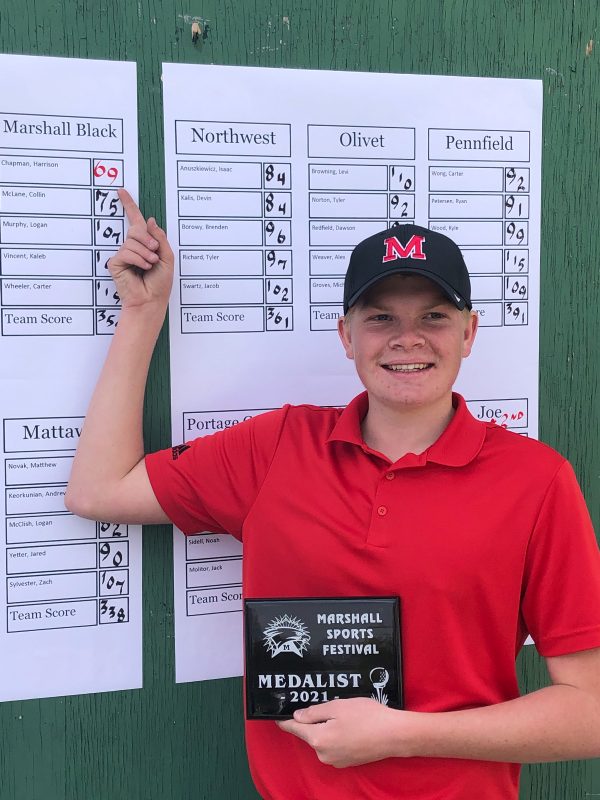