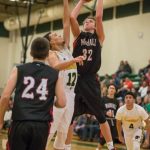 Tuesday, February 16, 2016 5:30 PM Western High School AWAY 41 Marshall High School HOME 50 Game Recap Redhawk JV boys took on the Western Panthers tonight with both teams coming into tonight’s contest undefeated. Marshall extended their record to 15-0 on the season, 10-0 in the I8, after winning 50-41. Earlier in the evening 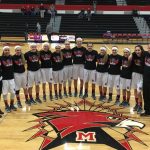 Thursday, February 11, 2016 7:00 PM Marshall High School AWAY 62 Lumen Christi High School HOME 29 Game Recap Marshall Freshman and JV boys basketball teams finished tonight with wins over Lumen Christi on the road. Marshall freshmen defeated the Titans 42-27. The team is now 11-2 for the season and 8-2 in the I8. 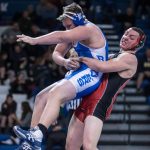 Division 2 at Harper Creek Host Harper Creek won two close battles on Wednesday night in their home gym to win a district championship. In their semifinal match with Marshall, the Beavers came away with a 40-33 win, then narrowly edged Coldwater in the championship by a score of 37-36. The Wrestling Team will travel to 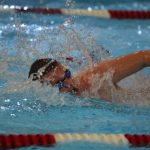 The Marshall Redhawk Men’s Swimming and Diving team headed off to Allegan on Tuesday (2/9/16) night and walked away with a victory by the score of 101-84.  Results can be found on the link below.  The team swam well on the night.  Obtaining first place finishes were; Juul Loonen in the 200 Free, Landon Morgan 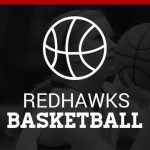 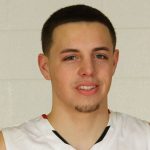 Marshall visited Homer on Monday in a boys basketball game that had more meaning than a typical non-conference contest. It was especially meaningful to Marshall senior Jacob Brubaker, whose 29 points helped him eclipse 1,000 for his career while contributing to the Redhawks’ 71-59 victory over the Trojans. After opening the season 0-2, Marshall extended its winning