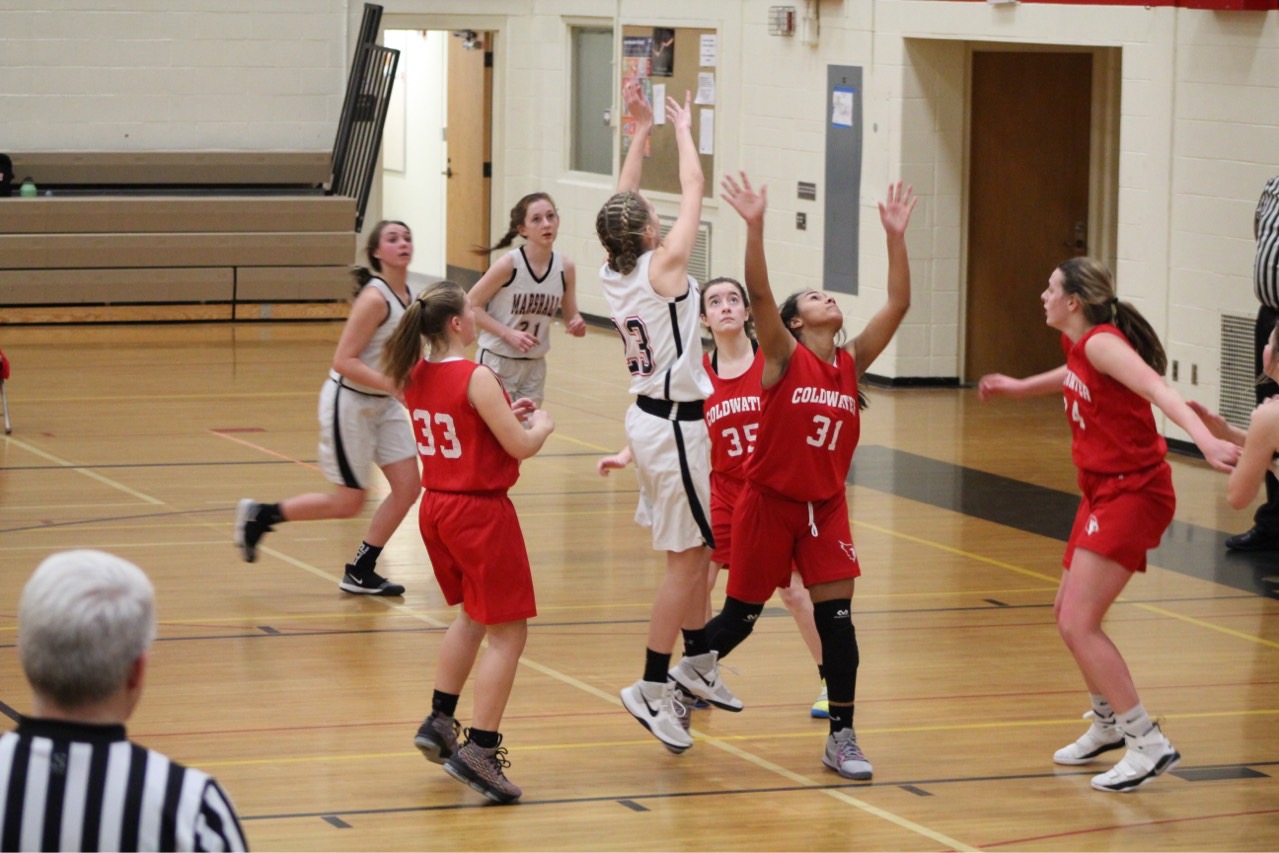 Marshall hosted the Cardinals of Coldwater on Wednesday in an I-8 clash. Coldwater took an early lead scoring the first 3 points of the game. The Redhawks inched their way back with a bucket of their own late in the first quarter. The teams exchanged a few points ending the first quarter with a Cardinal one-point lead. Coldwater came out strong in the second and grew their lead to a 12-4 advantage. The Redhawks started to put pressure on the Cardinals and forced multiple turnovers. Marshall came storming back and tied the game at 12. After tying the game the teams exchanged points again and went into the half with a 15-16 score, advantage to the Cardinals. In the third, the Redhawks came out like a team on a mission and took control of the game. Marshalls full-court pressure was too much for the Cardinals to handle turning the ball over multiple times for quick points for the Redhawks. Marshall outscored Coldwater 20-4 in the third! Marshall continued their strong play in the fourth putting 11 more points on the board against the Cardinals 6 points. The game ended with a Marshall win, 46-26! Congratulations ladies!

Marshall is back in action on Wednesday when they host the Panthers of Pennfield. Tip-off is approximately 5:45, come out and support your Lady Redhawks!