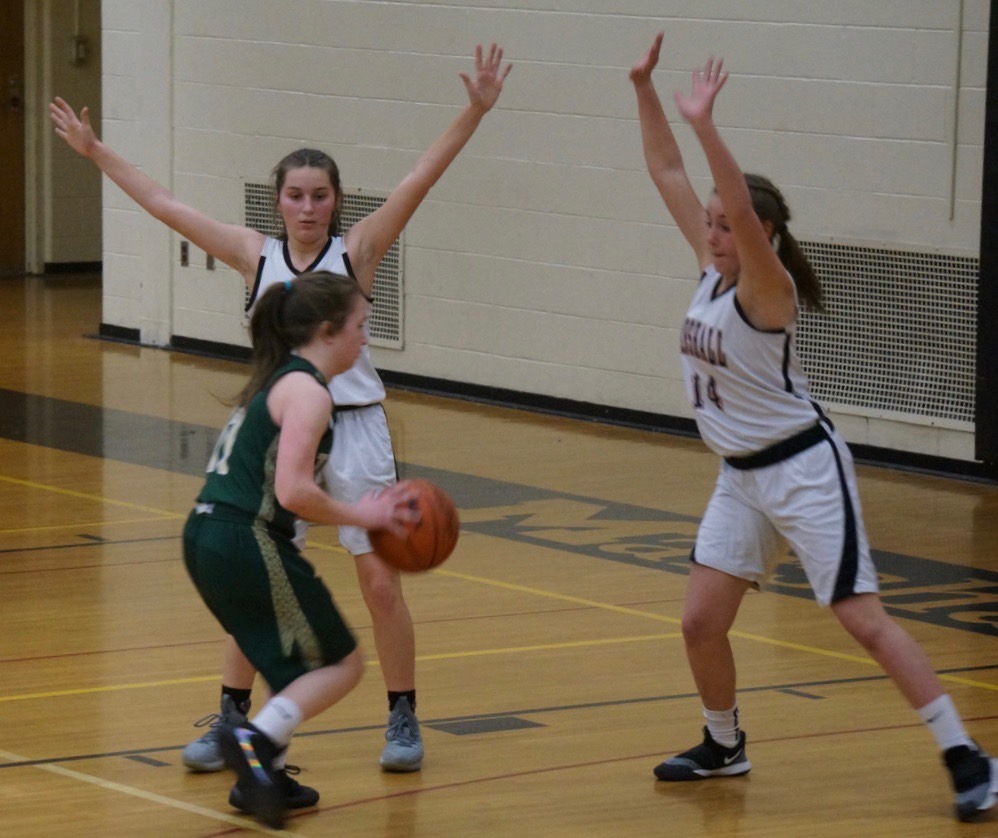 The Marshall Redhawks 8th grade girls took on the Lumen Cristi Titans on Monday.
After a slow start, Addie Waito hit a 3 pointer at 5:00. Soon after Aly followed with 2 more. Addie was left open again and drained another 3! Marla scored the last bucket of the period with a great pass from Lexie. After the first quarter, Marshall was up 10-0. In the Second Ava gets the first bucket of the period at 7:24. The Redhawks broke up two fast breaks by Lumen before Hanna and Addie each scored 2 points apiece quickly. Ashlynn took a turnover coast to coast for 2 with 2:17 left in the half. Lumen got their first point on a free throw with 2:08 left in the quarter. Lumen made a small run until Hannah made a great pass to Marla who was fouled and sent to the line. Marla drained both free throws. Lumen ended at the line making two free throws closing out the first half with a score of 20-5. Early in the second half opened the scoring with two quick points. On the next possession, Lumen got fouled and made both shots. Ash soon added one free throw of her own. Addie continued to play strong driving for 2 points and her third three-pointer of the game. Malena got on the board with a fast-break basket, and Bailey created a turnover and turned it into 2 points. Lena blocked a shot causing a turnover ending with Steph making a great pass to Ava for 2 points ending the quarter at 37-7. Lumen scored first in the fourth, and Lena followed with 2 of her own. Ava added two more points and ended the Redhawks scoring with the final score of 41-9.

Marshall is back in action on Wednesday hosting the Mounties of Jackson NorthWest. Tip-off is approximately 5:45. Come out and support your Marshall Lady Redhawks!