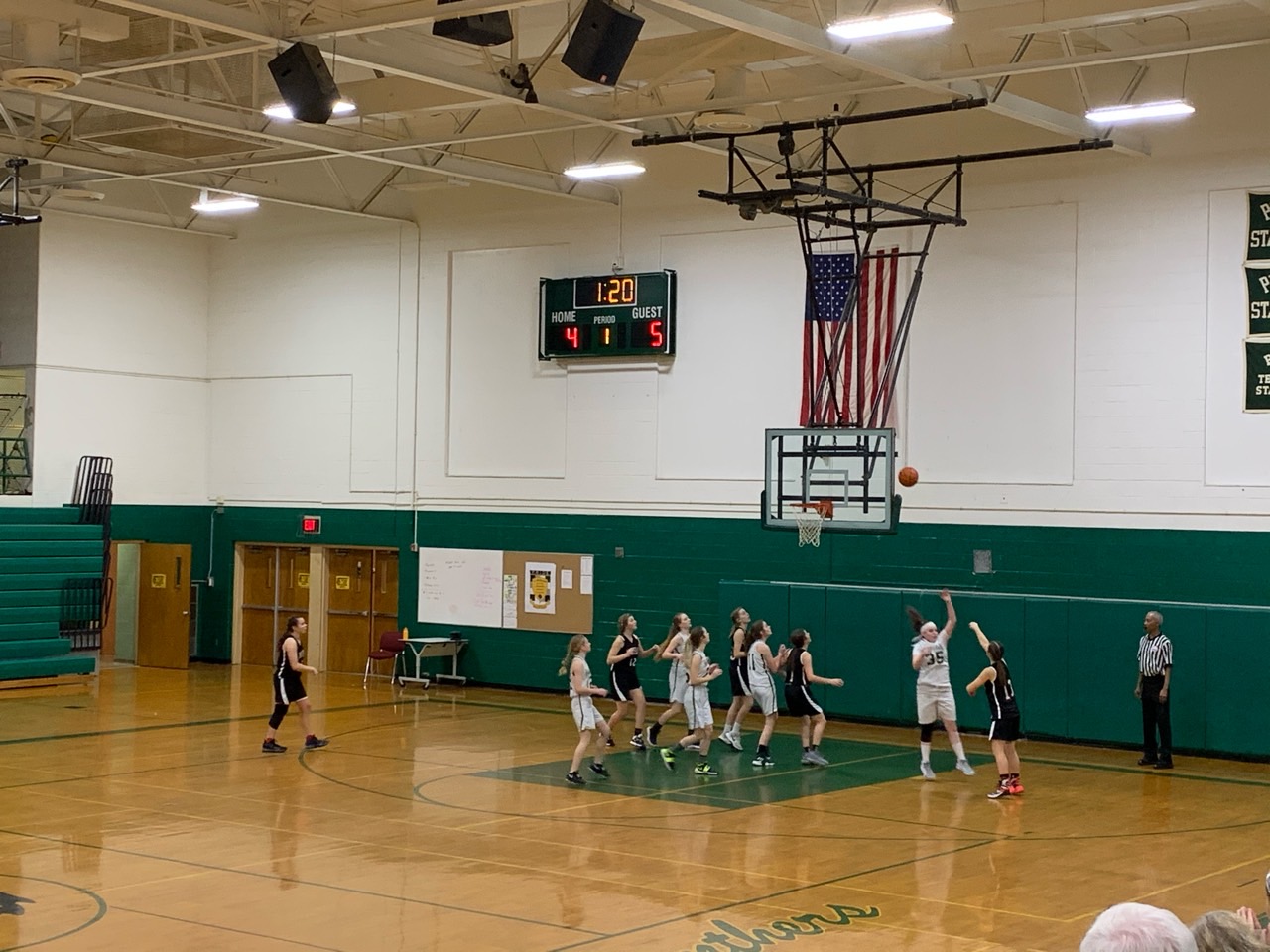 On Wednesday Marshall hit the road and traveled to cross-town rival the Panthers of Pennfield. The Redhawks got on the board early as whistles began to echo in the gym. Malena put points on the board in the first period ending 11-4 Redhawks. The Panthers scored first in the second period, but Lexi answers back with 2 of her own, ending the second period 20-10, doubling up the Panthers. Early in the third Pennfield shot a layup and getting the ball stuck in the rim, once the basketball was unstuck we continued to work on forcing turnovers. Stefanie made a great pass bringing the Redhawks to 23-10. The Redhawks played a physical game as the ball was turned over back and forth across the gym floor. Redhawks stayed in action with strong defense, at the end of the third the score was 27-12. Moving into the last quarter the defense continued to hold the Panthers back winning the game 41 -17.

“Take your victories, whatever they may be, cherish them, use them, but don’t settle for them.” – Mia Hamm