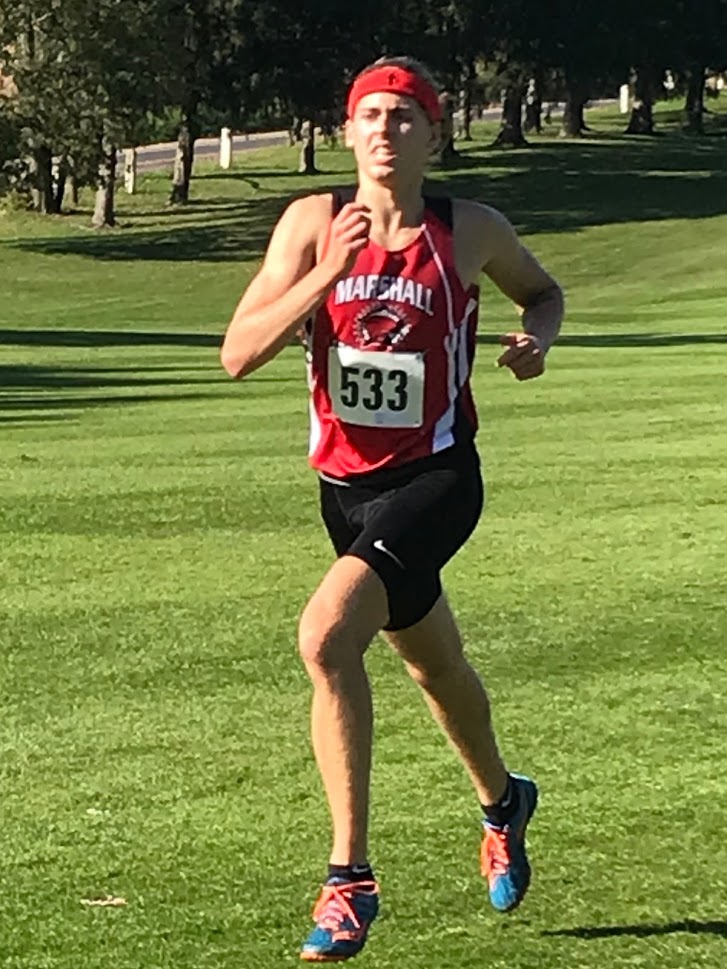 The Marshall Boys Cross Country Team finished second to Harper Creek Tuesday afternoon as they raced in the second I-8 Jamboree of the season. The boys were lead by junior runner, Adam Foreman who placed 8th in the race. Seniors, Perry Robson and Emmett Rosenzweig, were close on his heals, finishing 9th and 10th respectively. Marshall’s fourth runner, Tim Fouty, had an outstanding race as he finished 13th. Conor McPartlin, Marshall’s fifth runner, came in 19th to round out the score for the team. Also, running varsity times were seniors, Paul Radulescu and Spencer Zick.

The Redhawks will compete in their final I-8 race on October 19th on their home course at Turkeyville. There the final standings for the League Title will be determined.Let’s GO Hawks!!