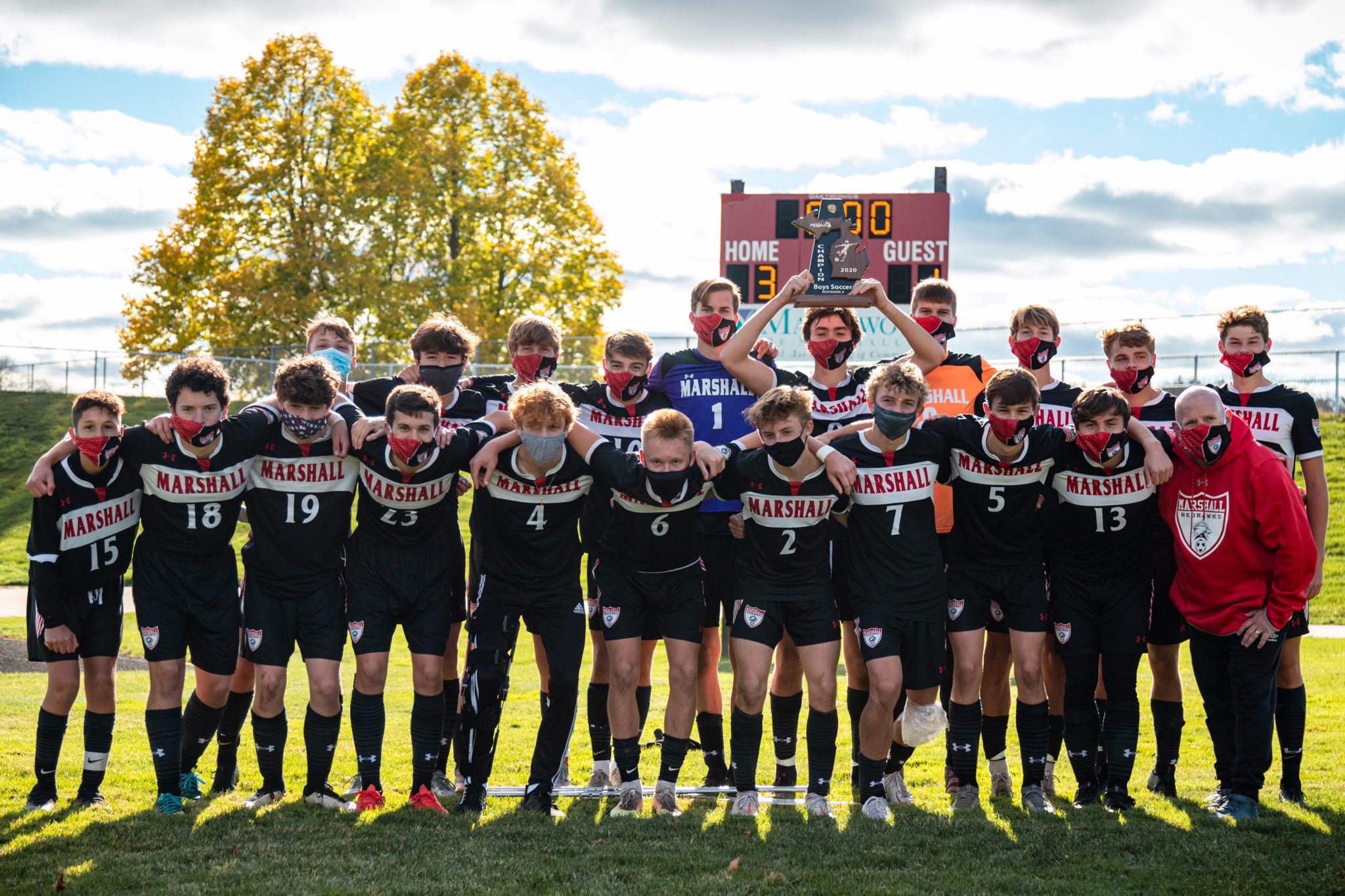 Marshall claimed a district championship this afternoon with a 3-1 victory over Harper Creek.

Marshall got an early goal from Josh Pugh to take a 1-0 lead. The goal was assisted by Parker Golbertson and Vaughn Klein. Marshall struck again with Brady Tatrow increasing the lead to 2-0 with assists coming from Josh Pugh and goalkeeper Nate Turner. Before halftime, Harper Creek was able to capitalize on some good pressure with a goal to narrow the scoreline to 2-1, which was the halftime score.

In the second half, Marshall got another Josh Pugh goal with an assist going Parker Gilbertson to make the score 3-1. Despite good chances for both teams that was the final score.

Marshal claims its 3rd straight district championship and 5th in 6 years. They move to 11-1-0 on the season and increase their winning streak to 11 games.

With the win, Marshall advances to the regional semi-finals on Wednesday, 10/28, at Vicksburg High School. They will play St. Joseph for a chance to advance to the regional final with kickoff scheduled for 5pm. – Coach Morgan